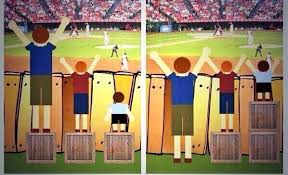 This morning on CNN I heard commentary on some national polls about impeachment. The reporter broke down the information into real demographics and it’s not looking good for Democrats right now. Most swing states are still in favor of Trump. The other issue is the viability of the candidates up for the Democratic spot and some of their policies. Health care being the biggest issue.

Elizabeth Warren’s plan, the way it was presented, leaves much to be desired. The top 1% are in a frenzy, and big hitters are looking elsewhere to put their funding for a democratic candidate. I’m not sold on any one of the Democratic candidates yet, but honestly, not sure it matters. I cannot and will not vote for a dictator. The other reality is Medicare for All will never pass the house or the senate, so can we get real? If we want to have a Universal Health Care System in this country, let’s make it a fair system.

Healthcare and insurance shouldn’t be free. Everyone above the poverty line should pay a fair share. However, everyone should pay the same percentage based on their income. Right now as a teacher in the state of NC, you know the state where the state still doesn’t have a budget for education and teachers haven’t received even a cost of living raise this year, I pay a little over 15% of my salary for my family’s health insurance. I’ve been teaching for a long time, so I am at the upper end of the pay scale (though in NC, that ain’t much.) However, teachers who are just beginning are paying the same amount I am and it becomes closer to 21% of their income.

What if, regardless of what we make, we all pay the same percentage of our income toward health care? It’s fair because it’s the same percent for everyone, no matter what you make, assuming you’re above the poverty line. Those making millions of dollars a year will pay more dollars, but not more of a percentage of their total income than those of us civil servants trying to save enough so we aren’t a burden on society when we retire.

Maybe the percentage is taken pre-tax off of our gross which would lower our taxable income. Perhaps it’s taken net after we’ve already paid our taxes. It should be whatever economists and tax attorneys and accountants calculate would cover the cost and would allow ALL Americans to pay the same percentage rate for their insurance. Think of what this could do for our overall economy. Those in the middle and lower-middle class would have more money to spend, lining the pockets of the rich even more, and the health care pot would only increase. Why isn’t anyone talking about this?

We are a democratic society, or at least, that’s what we’re supposed to be. If everyone pays the same percentage of their income for health insurance, it levels the playing field. Health insurance should not be a for-profit agency on the backs of the people. We should all pay our fair share. Medicare for all?  Universal health care? Keeping the health care we have now but restructuring it? Whatever path we decide to follow, if we all pay the same percentage of our income, no matter where we fall on that scale, it is a fair system. The dollar amount may not be the same, but the percentage of our income is. Fair isn’t always equal, but it’s still fair.