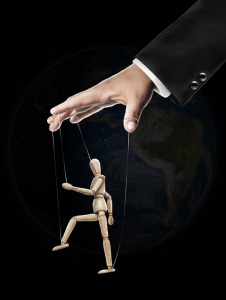 My Politics Don’t Define Me

A local friend read my essay from last year about helicopter parenting, and afterward remarked that the piece had surprised her. I asked why. My politics, she said, did not jibe with the position I’d taken. I had declared myself a laissez faire parent who prides myself in letting my kids fend for themselves. This outlook apparently runs contrary to the mollycoddling nature of liberals. Who knew?

Her response got me to thinking: what do politics have to do with it, and why do conservatives think liberals started this trend? So I Googled “politics” and “helicopter parenting,” and as it turns out, no one has ever officially linked these descriptors. Their connection appears to be only a myth, one that’s perpetuated in online comment threads. I found one article, however, that draws a correlation between the rise of dual working-parent families, economic stress, and the resultant time limitations American parents have with their kids. In short, harried parents over-plan their kids’ lives to compensate for their chronic absence, which means economics, not politics, drives this sociological trend.

So why do people assume liberals have cornered the market on overprotecting their kids? If anything, I would bet most helicopters are conservatives, though this is only a guess based on where I’ve lived as a parent. Either way, it goes to show that Americans these days are so prone to stereotyping (and by extension, dividing) that they equate political leanings with everyday behaviors.

Take religion, for example. Many conservatives assume liberals are atheists bent on eroding their religious liberties, yet I know numerous liberals of faith, Catholics included. Meanwhile, none of my atheist friends desires to secularize the nation. The only thing liberals want is a clear separation of church and state. We have no problem with schoolchildren learning about the role religion has played throughout history, nor do we mind if they sing songs gleaned from a variety of faiths. We do, however, insist that religious pageantry and doctrine remain at home or in places of worship. Yet regardless of how carefully liberals state the distinction, conservatives are quick to accuse us of godlessness, immorality, and Constitutional abuse. That’s quite a list of transgressions! At best it’s generalizing, at worst it is prejudice. As with helicoptering, this puzzling religious divide has intensified over the past thirty years.

Another American political stereotype involves guns. Step into any online debate about weapons, and you’ll notice the liberals are tagged as Constitution-haters who want to confiscate all guns. Personally, I have no problem with guns—I’ve shot at targets and squirrels—but I do have a problem with 350 million guns in the hands of 100 million Rambo wannabes (minus the few thousand who actually know what they’re doing). I also have a problem with assault weapons and heavily armed men strolling around in public. Everyone’s on edge, thanks to increasing incidences of shootings; many think it’s time to examine our nation’s gun policies. These are reasonable concerns shared by millions of citizens. Left and right should be able address them using data and research rather than drawing ideological lines or lobbing insults.

Coddling, political correctness, godlessness, and gun-hating . . . such myths are falsely associated with the liberal wing of American politics. Certainly, the assumptions flow in both directions. One might just as easily accuse conservatives of being bigoted, misogynistic, bible-thumping, gun-toting, heartless skinflints, yet most conservatives I know do not fit that description.

The problem, I believe, stems from a powerful anti-intellectual mood in this country, one that prefers to huddle in opposite camps, lobbing insults and assumptions across the divide. We’ve forgotten what it’s like to be “one nation, indivisible.” We hold fear and suspicion above brotherly love. Politics is ostensibly a system of individuals who manage the big picture while the rest of us go about our daily lives. As a non-politician, I don’t define myself by the politics I espouse, so why on earth should anyone else define me that way?

Don’t pigeon-hole me, get to know me. Here’s my beginner’s checklist:

1. I happen to think political correctness is stupid.
2. Children need toughening up more than they need protecting.
3. I respect your right to practice your faith; conversely, you must respect my right not to be constrained by your particular brand of morals.
4. I don’t mind the right to own guns, but I abhor the culture of worshipping weapons.

If these points surprise anyone who thinks they know liberals, then I’ve made my case: politics do not define who we are. So why don’t we take the first step toward healing our fractured nation? Let us bury these broad stereotypes, stop making assumptions about fellow citizens, and start listening to each other. We’d be amazed at how much we Americans have in common.

This entry was posted in Colleen and tagged assumptions, defining yourself, divisiveness, politics, stereotyping. Bookmark the permalink.