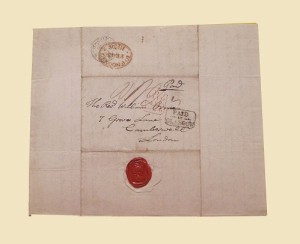 As Time Goes By

One year of letters—the concept sounds finite, but from the start I knew our project would not, nor could not, truly be finite. I always expected it to continue beyond the scope of one year, because we writers would go on living and reacting. We would never stop feeling and never stop having new things to say. Our only challenge would be in finding the discipline to transfer our thoughts to the page.

Elaina and I began this project with the notion that we and our colleagues would compose weekly notes to ourselves. These notes—or letters—would record what we felt about our individual selves at a moment in time but, rather than preserving these thoughts in a diary, we would post our reflections for all the world to see, to hold us publicly accountable for how we viewed our own characters and our personal goals. This concept was evident in the structure of our pieces, which we addressed to ourselves, and in the subject matter, which dwelt largely on our failings. We hoped you would see something of yourselves in our struggles, and in that way we would connect with you all.

But the stated concept broke down rather quickly. It failed for two reasons. One, it’s not easy to set goals down on paper and then transform one’s behavior merely by deciding to do so. Two, we were writing to ourselves and not you, the readers out there in cyberspace. Granted, we allowed you to peek over our shoulders as we embarked on our journey, but this wasn’t enough. Though we came from varied walks of life, age, and temper, it was arrogant to think that you would care about us and our personal trials. We needed to let you into our souls. We needed to allow you to meld with our thoughts, so that we were speaking to you as well as ourselves.

The novelty of our endeavor prevented us from grasping that we needed to change, and indeed One Year of Letters might have gone on in this disjointed way, but then something wonderful happened. One by one, without the team consciously deciding to change, we ceased writing our usual journal entries. We shed the idea of writing just to ourselves and we threw off the mantle of stiff introspection. One by one, we began to look outward, to examine the fabric of society and culture, and to explore how those threads impact us all as a people.

The project evolved to embrace this new outward thinking. We began to gel as a team, to discuss the ideas and values we wanted to reflect. We delved into issues larger than ourselves, and as such tapped into a much wider range of emotions. Regular readers may have noticed that we are sometimes loving, sometimes melancholy, and sometimes seething with rage; we frequently affect the mood of one another. We each have our voices, we each have our causes, but we sing now for each other and also for you, not merely ourselves.

Over this year, we—as you—have experienced losses and trials, memories, regrets, triumphs, and moments of grace. These ups and downs reflect in our letters, sometimes overtly and sometimes only in the barest of whispers. We are not always brilliant, but I like to think that sometimes we have flirted with brilliance. Some weeks it’s a slog, and other weeks we’re so full of ideas that we write multiple pieces. Such is life, with its ebb and flow of productivity.

And so this virtual diary, as Elaina aptly put it, will go on for the foreseeable future. In the coming year, we hope to bring you new writers’ voices, and fresh emotions that hopefully resonate with you. We will delve deeper in our efforts to speak for those of you who are too shy to speak, let alone too shy to speak out. And that is the difference between today and last year: At first we invited you to watch us squirm under the microscope; now we hope you feel like you’re sitting beside us on this rollercoaster called Life.

Colleen and the talented team at One Year of Letters

This entry was posted in Colleen and tagged change, connecting with readers, life, sharing ideas, writing. Bookmark the permalink.