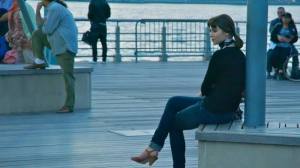 You are such a strong person, yet a loner at the same time. It doesn’t bother you when your life moves on without you being present. I’m talking about how social interactions affect you in public places. There are times when you notice or rather feel as though someone is watching you. Hence, your experience from two weeks ago that made you realize body language is great for studying people and you should use that when you write something. Instinctively, you’ve always known that, but putting that into writing takes on a whole new meaning. Seeing and knowing people are two different things. It makes you painfully aware of what not to do and what to do in public.

But it is fun to imagine what goes on in someone’s life by their actions. Here is an example:

The constant moving of lips between two or more people, their voices rose up like a sitcom on TV, the volume growing louder. Some laughed, some shuffled about in the seats. Most bent in toward the other person’s ear and still the chatter never stopped. Women talked, and the men pushed their long hair back and reset caps back in place on their head. Men’s arms went around the back of chairs as if saying, ‘this is my woman’. Hands waved in the air. Everyone knew each other, whether by place of residence or knowledge of families; the people enjoyed each other’s company. You felt invisible, but you didn’t mind.

One woman with three small children closed her eyes, and you observed other people’s reaction to her. You had watched her from the time she came in the door and the woman grew tired sitting four straight hours. She rested her eyes, but you understood the tiredness as you, too, had sat in her shoes at meetings like this eons ago. Your observation drew you to a man watching the woman, and his expression said, “Yes, she’s on drugs”. He lowered his eyes. You recognized that look. You caught the stare of another woman who had come in later and she stared at the same woman. Her expression showed confusion, trying to come to terms with what the woman was doing with her eyes closed sitting with three children. Those looks spoke volumes and you wondered if they knew their thoughts showed in their own facial expressions. Probably not. We all are guilty of doing our share of people gazing.

Another female came in and she sat against the wall the same as you had. She moved nearer to the entrance door in case they called her name. You looked away and when you turned your head back, she smiled naturally. Smiling back at her, you saw a woman who needed love in her life. That was your impression of her. Such a beautiful smile she had. It brightened her whole face, though it didn’t quite hide the pain from her eyes. If only people smiled more, the world would be a better place. That day sitting for four hours felt like whole year in one day, but that was an illusion. Inside the building, time moved at a slow pace, yet hundreds of people showed up to converse with other people as if it were a gathering of sorts. Most of the people never went behind the office doors. The people you’d identified for years had come and gone in the space of a few hours.

You left that day painfully aware of how much a loner you are in life. It doesn’t bother you. Even in the places you visited NY, Texas, Oklahoma, Alabama, Georgia, Tennessee, Virginia, and Niagara Falls, Canada; you felt the same. ‘People watching’ is fun and you try to imagine what goes on in their lives, but you think about that at home when you write.

Keep writing, M, Stop being a loner, and get rid of that serious look, and smile more. It would be fun to find out if your observations are true or false.

To read more of Mary’s letters, click on Mary!

To read more from the group, click on The Path!

This entry was posted in Mary and tagged amwriting, be happy, loner, people watching, smile. Bookmark the permalink.