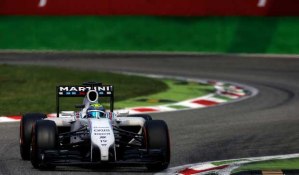 You wrote her off when you left home. For the most part, anyway, you did. There were letters time to time, from her. On rare occasions, you wrote. From guilt. Guilt you still wear like fine jewelry. Most of the time it is well masked. It comes out only when you write. When you open like the flood gate of some huge dam.

It has been so long since you scattered her ashes. Easy to believe she never existed—except in your imaginings. She was all you had. Your alpha and omega. The single thread that connected you to history. For all you know, you could have been a virgin birth. A singular incident indeed, though no great star marked your coming.

I’m told you entered the world ass first. That makes sense. It set a tone for the life that followed. A life with fundamental questions unanswered. The bastard child, branded ILLEGITIMATE. A word you bore then, and you bear now.

At seventeen, you escaped to the other side of the planet. There, nobody could nay say you. There, you played God and recreated yourself as a fictional being. It worked, and you became a smashing success. A man with purpose. You bore the lies smartly, developed charisma, added weight to your presence, kept your secrets well in check.

Lies are trial by fire. They require prodigious memory, change with the seasons, and do not bring lasting success. Writing is a breach in the wall. Your opportunity for escape. It becomes a gift to whoever receives it. Your suffering has purpose. It will never go away, but it will become a manageable thing, You can erase the brand, live out your time in peace, fully love your wife and children. Make friendships. Be unafraid. There is no reason to hide. The past is all smoke and mirrors. Take that for what you will, but it is the truth.

This entry was posted in Sig and tagged guilt, illegitimacy, lies, mother, secrets. Bookmark the permalink.