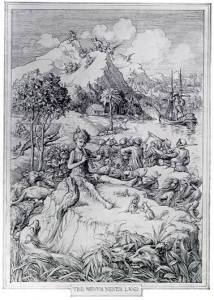 I love Sir James Barrie’s adventurous “Peter Pan” stories. Peter acts as the spirit of youth, joy, and adventure, the child who escaped the fate of aging using Pixie Dust and by traveling to a magical Neverland.

I took the three youngest of my kids to see an excellent production of “Peter Pan” at a local high school renowned for their theatricals. Peter flew into a nursery and spirited away the Darling children. A sparkling, tinkling light represented Peter’s devoted fairy friend, Tinkerbell. The orchestra performed beautifully, the cast sang and danced like champions, and the production will doubtless win Woodland Hills High School plenty of acclaim.

My S-Bear’s birthday approaches, her last as a teenager. Her enthusiasm for attending the Peter Pan musical dwarfed our excitement. For almost two weeks, she rocked with excitement. Once we finally had seats in the crowded auditorium, she grinned and clapped with keenness. S-bear and I sat at the end of a row, away from the throng, with the hope her incessant perseveration wouldn’t disturb anyone else’s fun. She tried to be quiet, but when Tink drank poison and Peter pleaded for intercession from the audience, S-bear’s “I do believe in fairies” and clapping culminated in an unrepentant torrent of relieved tears. Her service dog, Latte, helped me calm her before the next act, but her fear for the captured-by-Hook-and-his-pirates Wendy left S-bear emotionally on edge.

S-Bear’s read the books. She’s watched the films and attended the recent Peter Pan ballet at the Benedum Center. By theory, she knows the happy ending, yet she becomes so wrapped up in the story that it is as though she’s experiencing it for the first time. Or perhaps she is. There is a new theory amongst some of her medical staff that she may have blank spots in her memory to go along with her challenged recall issues. In any case, I don’t imagine anyone else in the theatre could have been more invested in the experience than my S-bear.

My young lady and I talk about a great many things. We discuss the difference between fiction and fact. On some level, she knows the truth of such matters, and yet a very real part of her remains eternally youthful. I feel certain that if at nearly nineteen she believes a ball of light is a fairy and Wendy is in peril from the hands of a tango-dancing Captain Hook, she always will. She will hope for a letter from Hogwarts, invite Logan Lerman to dinner, and set out cookies and milk for jolly old Saint Nick. Much like Peter Pan, she has transcended the necessity of growing up.

Yet in so doing, S-bear, like Peter Pan, lives a life apart from most of society. Pan sat outside of windows to listen to the Darlings’ nursery stories. S-bear can not join her peers in many age-appropriate activities due to anxiety or incomprehension. While Pan locks swords with his arch-nemesis, Captain James Hook, my little bear battles her own limitations, trapped in the Neverland of her own mind.

This entry was posted in Kerry and tagged disabilities, eternal youth, fact and fiction, memory, Peter Pan. Bookmark the permalink.