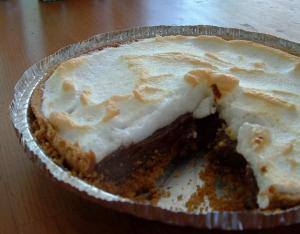 Today is my first annual 49th birthday, coming ten years after my first annual 39th. I repeat these age-vanity jokes with a smile and a wink, certain a year from now I’ll be celebrating the full half-century mark with good grace. The fact is, life so far has been pretty good. While I have my share of regrets—mistakes and missed opportunities and failures—on balance my life has gone pretty well and I still spend more time wondering what’s around the next bend than worrying about what I’ve left behind.

Still, our memories make us. They inform our present actions and drive our future reactions. Good or bad, our memories are created out of perception and emotion, which are inextricably linked. As Eric Kandel wrote in the fourth edition of his Principles of Neural Science (in the nineties, I spent a year working with Kandel on this book):

The brain is not a camera that passively records the external world; instead it constructs representations of external events based on its functional anatomy and the molecular dynamics of populations of nerve cells.

Sensory perceptions provide the raw, rough draft of memory and our emotional responses to those perceptions edit and revise the rough draft into the finished piece that remains imprinted on our brains. In Swann’s Way, Marcel Proust described how the taste and texture of a madeleine soaked in tea transformed him from dreary to joyful. I have my own Proustian memories, events wrapped in the delectable and inextricable from them. For my 49th birthday today, I’m going to journey to a few Good Places where I had some nice things to eat, before I contemplate the tastes I’ll find over the next 49 years.

Ham Sandwiches and Chocolate Meringue
I discovered I liked ham sandwiches on a family trip to Lake County, California, where my grandfather had lived. Granddad was gone by this trip; I was nine or ten years old, and we went there with friends of my mom’s, although I don’t remember who, except they were an older couple. They might have been Sam and Beulah, but I don’t think so. I think I would have remembered taking a weekend trip with them, because I loved that couple. My mother used to leave me with them for days at a time—probably while she tended my grandmother, who was dying of cancer—although the detail of why she left me with them is lost now. Anyhow, Sam and Beulah were surrogate grandparents. They hosted card games at their house one evening a week, the ladies and men playing pinochle at separate tables. I preferred playing with the men than the women, because Sam and his buddies indulged my love of poker. Pinochle seemed insurmountably complex, but I’d learned how to play five-card draw and seven-card stud from my grandfather, and I think the men were tickled by nine-year-old wanna-be card shark. Fun as the card games were, what I loved best was watching Beulah cook. She made everything from scratch, and her chocolate meringue pie (not chocolate cream, but chocolate meringue) was the best thing to ever grace my young tongue.

If Sam and Beulah were the couple who came with us to Lake County that weekend, I suppose their presence was eclipsed by the ham sandwiches they brought. White bread, mayonnaise, iceberg lettuce, and just one or two slices of ham. Like Proust’s madeleines, those sandwiches wrap a memory of blue skies, a grassy bank, and the green algae that coated my legs when I came out of the lake. The sweetness of Wonder bread and Best Foods mayonnaise, the simplicity of ham and crisp lettuce linger on my palette still. Forty years later, for nostalgia’s sake, I occasionally make the same sandwich, although it never tastes as good as it did on that sunny day when my legs turned green.

Texas Pecans and Star Trek with Microbiologists
As an adult, the best food memories come from restaurants. There was early 90s the business meeting in Houston, Texas, where a group of microbiologists and I sat round a table at an upscale restaurant on Valentines Day and discovered a shared love of Star Trek: Next Generation. That evening I had my first taste of chocolate pecan pie. Served with vanilla ice cream, it was the best dessert to cross my young tongue since the chocolate meringue.

For the Halibut
On the savory side, a poached halibut at a restaurant in Woodstock, New York, stands out. On this mid-winter weekend trip, I introduced my husband to cross-country skiing (an experience he did not enjoy), and we stayed at a bed and breakfast run by energy-conscious hosts, who turned off the heat in the house at night, which made for uncomfortably cold midnight trips to the bathroom, but did promote snuggling with the spouse under the covers. But the halibut crowned that weekend. I’d learned to poach fish from a French cookbook owned by my ex, but it’s not a cooking technique I employ any more as my current husband prefers meatier fish like tuna and swordfish, which are best roasted or broiled. Poached fish is as rare in restaurants as it is in my kitchen, and I will almost always order it when I see it on a menu. On that cold winter evening, the delicate, subtle flavors of aromatic vegetables and white wine broth warmed the belly and the heart.

Le Bon Cassoulet a La Bonne Place
On another cold evening, I discovered the wonders of cassoulet. My ex and I had stumbled upon a Provencal restaurant on the Upper West Side of Manhattan one fall and loved the food. Several months later, on a freezing January evening, we had a few hours to kill before a movie at a nearby theater, and we decided to dine at “that good French place,” but we couldn’t remember the location or the name of the bistro. We wandered the icy blocks of Amsterdam and Columbus, asking each other, “Where’s that good place we ate at?” “Where’s that good place?” At last we found it, on Amsterdam in the low 80s. After such a long walk through the frozen concrete tundra, the hot and hearty white bean cassoulet, buttery and savory with basil and rosemary and other herbs de Provence, filled in the cracks beginning to separate my ex and me. That cassoulet made a fond memory out of a mostly bitter time. It was a good stew, served in a good place, which, incidentally, was the name of the restaurant: La Bonne Place.

Now, I wonder what memories I’ll make for dinner tonight.

This entry was posted in Amanda and tagged emotional responses to food, good food, making connections, memories. Bookmark the permalink.