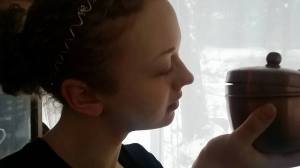 Face it, kid. You’re odd. Your older children point this out daily. Nothing new; no breaking story here, actually. Since childhood, you’ve skipped instead of marched to your own drummer (or is it a bagpiper? I guess it depends on the day and your whim, really.) Mom mentioned with a humoring smile, “You really could spend a bit of time with reality.” Reality often sucks, though, and imagining pleasant scenarios peopled with charming friends really appeals to your romantic nature.

Becoming a parent tempered some of your wistful nature. Children require constant care. Parental vigilance forced you to remove your blinders and confront some of the horrors of life. You insulate the kids from the harshest aspects of life as best you can. Time enough for mature behavior when they grow older.

Although you shoulder adult responsibilities, you do everything you can to foster within them an appreciation for their individuality. You explore their interests together or allow them the freedom to discover on their own.

Yet the newly turned fifteen year old looked you dead in the eye yesterday and confronted you. “Mom, you’re weird.”

With some misgivings, you allowed her to open the conversation. Like Pandora with her fabled box. “I don’t have friends because you allowed me to be strange, too.”

You blinked and bit back a chuckle. Your children have their fair share of peculiarities unique unto themselves. The fifteen year old, in fact, is a young lady to be particularly admired for her individualism. As a smaller child, she always wore shorts under her skirts. “Why?” you wondered. “Because, Mommy, you never know when you’ll have to turn a cartwheel.” Indeed, you quite understand. As a younger person, when playing football with your brother and the neighbor boys, you often wore a tutu and tiara. No reason to stop being a princess just to indulge in a sporting activity, right?

However, this same self-determining young person raged about her four-year-old brother wearing a super hero costume. The child owns several, and he enjoys the role play. When you grocery shop, he scouts around corners, checking for dangers. At weddings, his dance moves include poses that should make the great Stan Lee proud, since they are pulled directly from the pages of his Marvel comics. He imagines saving the world. You sing superhero songs on road trips, too. You believe in indulging imagination. They’re only young once.

The fifteen year old points to these activities. “See, you’re going to ruin him, too!”

“Whatever do you mean?”

“Most moms don’t let their kids wear costumes except at Halloween.”

“Where’s the fun in that?” you wonder.

She stomps her foot and crosses her arms. “Mom, listen to me.” (You can’t help but picture her in her Tinkerbell get up, complete with silky wings. She wore it until the fabric frayed. She looked adorable with her blonde curls piled atop her head in a puffy bun.) “Kids will tease him. They are mean.”

You consider. “I think most children are nice. They just get confused.”

“That’s your problem. The world is not the nice place you imagine.”

You sigh. You’ve lived through plenty of not-nice. You know the reality of bullies. School often found you friendless and the target of bullying. At jobs, you bore heavier work than your co-workers. Disasters, both natural and contrived, threatened the safety and sanctity of your family and home. Still, you believe in exploring the self. Crime, violence, and ugliness assault from news reels and headlines, gut-punching until you double over. Financial and health concerns settle over your house like an angry storm.

Yet in mythology, at the bottom of Pandora’s Box, hope remained after all the ills of the world escaped. You cling to hope. Though bad sometimes cloaks good and frightened people, the goodness in their souls remain. If you strip away the serious aspects of life and listen to that inner rhythm, your feet can dance with hope and joy, unconcerned about the oddness that defines your unique brand of humanity.

At least, that is what you believe.

But then again, it must be acknowledged that you are odd.

To read more of Kerry’s letters, click on Kerry!

This entry was posted in Kerry and tagged embrace your strange, love, motherhood, pandora's box. hope. Bookmark the permalink.