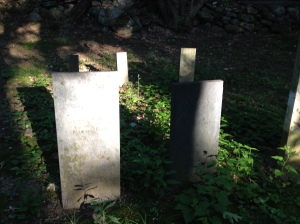 The Tragedy of Feeling Completely Immortal

Humanity is united in very few things beyond the shared experiences of birth and death. Most births occur in roughly the same way—they are painful but they produce feelings of joy and relief. The manner in which we exit our lives varies immensely. Some deaths are caused by natural disasters, some by chance, and some deaths arise from the depths of pure evil. One can do very little to prevent most of those; they’re the horrible but necessary cost of existence. Then you have deaths that occur because the victims considered themselves invincible.

Oh, to be a teenager and immortal again!

We all went through our teens and somehow survived. Most of us can relate some stupid moment—or multiple moments—when we probably ought to have died. Usually, those tales involve excessive drinking. One of my more harrowing memories is of entering a college dorm room to find an underage student convulsing and unconscious on the couch. We stood around, paralyzed, unsure what to do. In those days, no one seriously addressed substance abuse. We knew our friend might vomit and choke. We also knew he would get into trouble with his parents if they were to find out. After a lengthy debate, we arranged him into a more favorable pose, placed a bucket nearby, and then we skedaddled.

We found out the next day he was hungover yet fine, but I’ve lived 30 years since with the knowledge that our friend might have died because we failed to summon aid. I’m certain we would have faced charges in his death. Intelligent as we were, why did we make such a monumentally stupid decision?

1. Lack of exposure to substance awareness programming
2. The 9-1-1 emergency system was not yet an engrained resource
3. Our ability to judge problems was alcohol impaired
4. Our under-formed teen brains believed everything would be fine

Thirty years later, the first two factors have changed. Most college students receive mandatory substance awareness programming during freshman week. Everyone knows how to call 9-1-1. The second two factors, however, will never change.

It doesn’t seem possible to impress on young people the stark truths of Points Three and Four. Paradoxically, those with an undeveloped, young adult brain crave the trappings of adulthood while refusing to accept that full brain maturity is not reached until age 25. This paradox leads teens to do stupid things. To be clear, I use the word “stupid” out of anger and fear, not mockery. I’m the mother of two young adults and I worry constantly about them, because I know first-hand that even smart kids succumb to poor judgment.

In our small, Midwestern city, teens seem frequently to wrap their cars around telephone poles. Alcohol, nighttime, and icy road conditions usually play a role in such tragedies. Adults aren’t immune to making that choice, but statistics show their risk of crashing is far less than teens. According to this report, “the fatality rate for drivers age 16-19 is four times that of drivers age 25-69.” Teens have a poor ability to judge personal impairment, poor reaction time, less driving experience, and worst of all they’re ruled by the invincibility quotient.

Then we have the occasional one-off tragedies. Last month, on the night before commencement exercises at the University of Notre Dame, eight boys climbed the dome of the basketball arena. It had been raining that day. One boy lost his footing and slid off the 72 foot tall dome. The other seven, not to mention their families and the families of that young man, will spend the rest of their lives burdened by this terrible choice.

Only last weekend, at a party not far from my house, four teens overdosed on prescription drugs and alcohol. Two of them, brothers who graduated high school in 2014 and 2015, died in their own home. The eldest was a classmate of one of my sons; both had fine reputations and were stellar athletes. My son heard rumors they took Oxycontin, though it’s too soon to verify. I asked him if he thought the pills had come from that house; he guessed they had acquired their drugs from a dealer. Out of curiosity, he looked up the drug and learned that each kid would have had to take close to 20 pills to incur death.

TWENTY! One is enough to drop my blood pressure to an uneasy level.

More than 15 well-educated kids sat around downing pills and booze on an unfathomable scale and not one of them thought this was a stupid idea? Having two boys the same age, I simply can’t wrap my head around that.

It’s a delicate dance, discussing tragedies like this. I do not mean to downplay the agony these families are going through, nor do I, as per my own dark confession, claim higher ground. But my son and I have noticed that no one in the community dares to address things in blunt terms. Maybe it’s too soon to do more than mourn. If anything comes of this horrific event, I hope to hell it impresses on my own kids a healthy sense of mortality. I hope to hell I never receive that late night phone call.

Few of us can control the manner in which we exit this world, but senseless teen deaths particularly demonstrate life’s fragility. Young adults are so sure bad stuff will never happen to them. They’re so sure they know exactly what they are doing. And they’re adamant that we adults just don’t understand.

Alas, we understand, only too well.